Today we have a special guest post from Florentyna Leow on the world’s first theatre expressly devoted to regular Butoh performances. 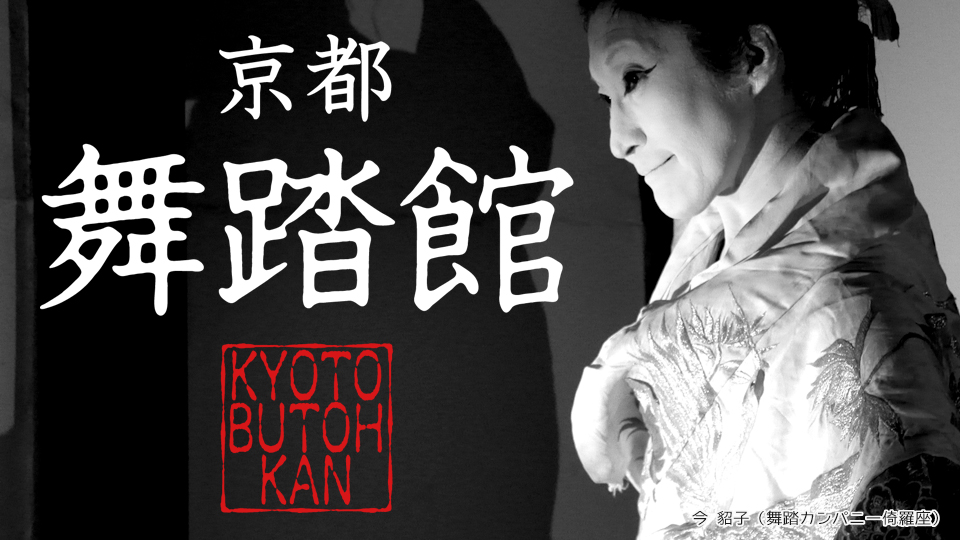 Butoh is an avant-garde dance style originating in Japan. First developed by Kazuo Ono and Hijikata Tatsumi in the 1960s, one of the central features of Butoh is its very indefinability – it is difficult to attach a definition or set of ‘rules’ to the dance form. There are at once rules and no rules. It is characterized by its exploration of taboo topics, the absurd, and grotesqueness. At the same time, it’s often hard to agree on what Butoh is or isn’t. What is clear, however, is that its emergence irrevocably changed the world of dance from that point onwards.

Given the international acclaim that Butoh enjoys, the lack of a national Butoh theatre or spaces where one can experience Butoh performances, strikes one as odd. This what Art Complex seeks to rectify by establishing Kyoto Butoh-kan, a permanent space in central Kyoto hosting regular professional performances. Here, veteran Butoh dancer and former core member of Byakkosha, Ima Tenko, performs her routine ‘Hisoku’ weekly. The two women who make up Okaeri Shimai – translated roughly as the ‘Homeward Sisters’ or ‘Returning Sisters’ – provide musical accompaniment to her performance on the shamisen. The all-female cast here is somewhat unusual for Butoh, but appropriate as they carry on the long tradition of female performers in Kyoto.

What’s particularly interesting about the Kyoto Butoh-kan is the space itself. Performances take place in a late-Edo period ‘kura’ or earthenware storehouse. According to the staff, it is around two centuries old. Amazingly, though much of Kyoto was set on fire during the skirmish between the rebels and shogunate forces during the Hamaguri Rebellion of 1864, this particular storehouse escaped unscathed. Instead of being demolished, the storehouse has now been reimagined as a space where visitors can experience the magic of Butoh at close quarters.

Walking into the storeroom, one is greeted by the pentatonic melodies of shamisen. The space is slightly larger than the average shoebox apartment in Tokyo, with a perilously steep wooden staircase leading to the upper floor, where the shamisen musicians are stationed. The Butoh-kan only accommodates 8 audience members, though as a preview that day there were 11 of us seated there. It felt quite intimate huddling against the wall together, to say the least.

It is precisely the intimacy of the space which makes the Butoh performance more powerful. Sitting in close proximity to Ima Tenko makes you feel as though you are a part of this performance – you are so close to the energy radiating from her movements that you feel yourself being drawn into the dance. It also makes the impact of her performance that much more visceral: to the initiate, Butoh is not conventionally beautiful or graceful, and the expressions and explorations of the human body by Ima can come across as slightly shocking or grotesque. (A note to the uninitiated: her performance doesn’t shy away from partial nudity, either.) The handmade plaster walls of this small space also seem to make the shamisen melodies resonate more richly than they would in a more conventional space.

Each session is around 50 minutes – just right for the intensity of the performance. Any longer and one might be overwhelmed or bored! I’ll be the first to say that I don’t have a deep understanding of Butoh. But I enjoyed the performance nonetheless, and especially the experience of Butoh in such a special space and atmosphere – watching a video of a Butoh dance just isn’t the same. If you’ve always been curious about Butoh, this is a perfect place to experience it. 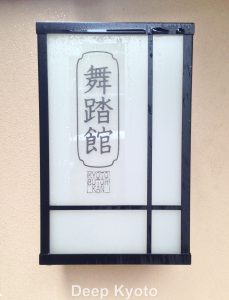 Kyoto Butoh-kan is located just north of the intersection of Koromonotana Street and Sanjo Street at Nakagyo-ku, Kyoto 604-8202. Here is a MAP of the location. For more information on showtimes and ticket prices, please visit: http://www.butohkan.jp/

Florentyna Leow is a writer and photographer based in Kyoto who has written for outlets such as Lucky Peach, Roads & Kingdoms, and ZenVita. Her interests include food, doors and Thomassons. Her blog is updated at furochan.wordpress.com. She Instagrams regularly at @furochan_eats.

Text and original images by Florentyna Leow – All rights reserved.