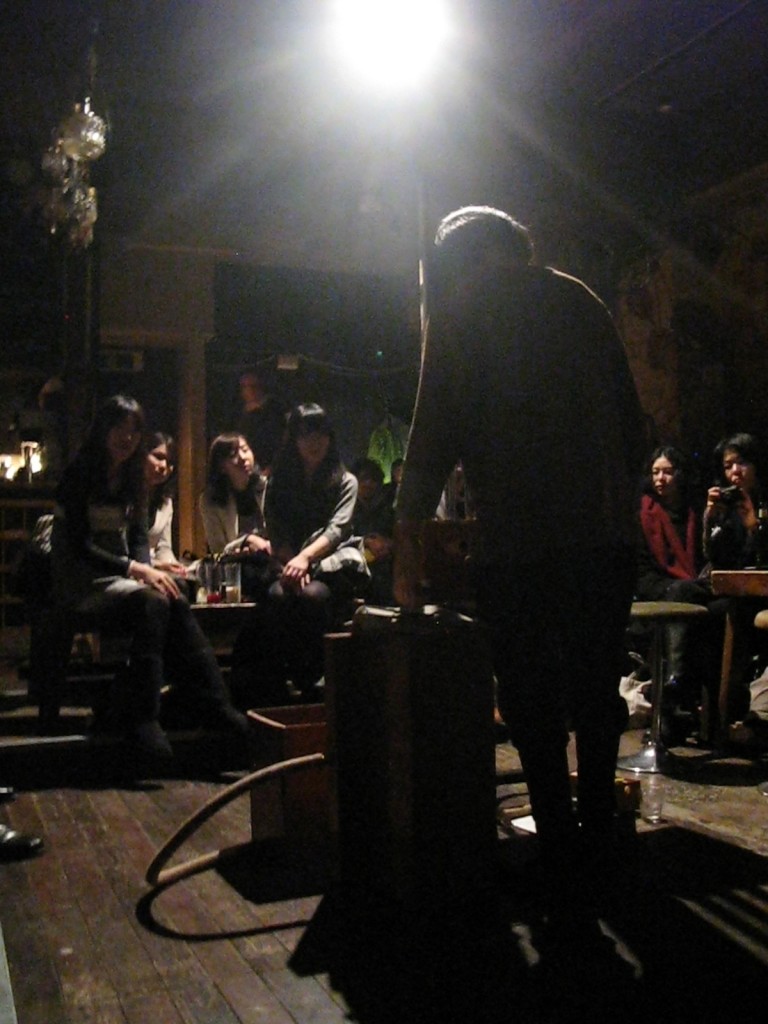 My apologies to all for the tardy posting of these images. I was trying to retrieve some footage I took on my i-phone but for technical reasons beyond my ken it appears to be GONE. I do however have a lot of photos and some video clips I took with my regular camera. Sean Roe deserves congratulations for organizing yet another very successful and enjoyable event. A lot of people came and the atmosphere was good-humored and contemplative. There were also a lot of wacky looking instruments that provided visual entertainment during the musical acts. My own favorite performance of the evening was Fujita Yosuke and his homemade pipe organ. I mean, seriously, he made it himself! From scratch! I was so impressed I bought both of his CDs. Here’s a clip:

Mitsu Salmon performing with ryotaro also gave a bravura performance. As Sean said later “She was on fire tonight!” Here’s a short clip but you’ll have to take my word for it, immediately after this part , she went wild!

Here also is a clip from Sigbjørn Apeland and Espen Sommer Eide on harmonium and Espen’s self-made concertinome (a combination of concertina accordion with a monome style keyboard and electronic air pressure sensors). Their performance was an improvisation with folktastic overtones.

Sean Roe, ieva (Samuel Andre) and Alexander Rishaug all gave equally contemplative performances. I felt at one point that we should all be sitting in zazen before them. Here’s a clip of Alexander Rishaug in action, photographs of the event follow after.