The sun was out and so were the crowds for Sunday’s Vegan Earth Day festival. 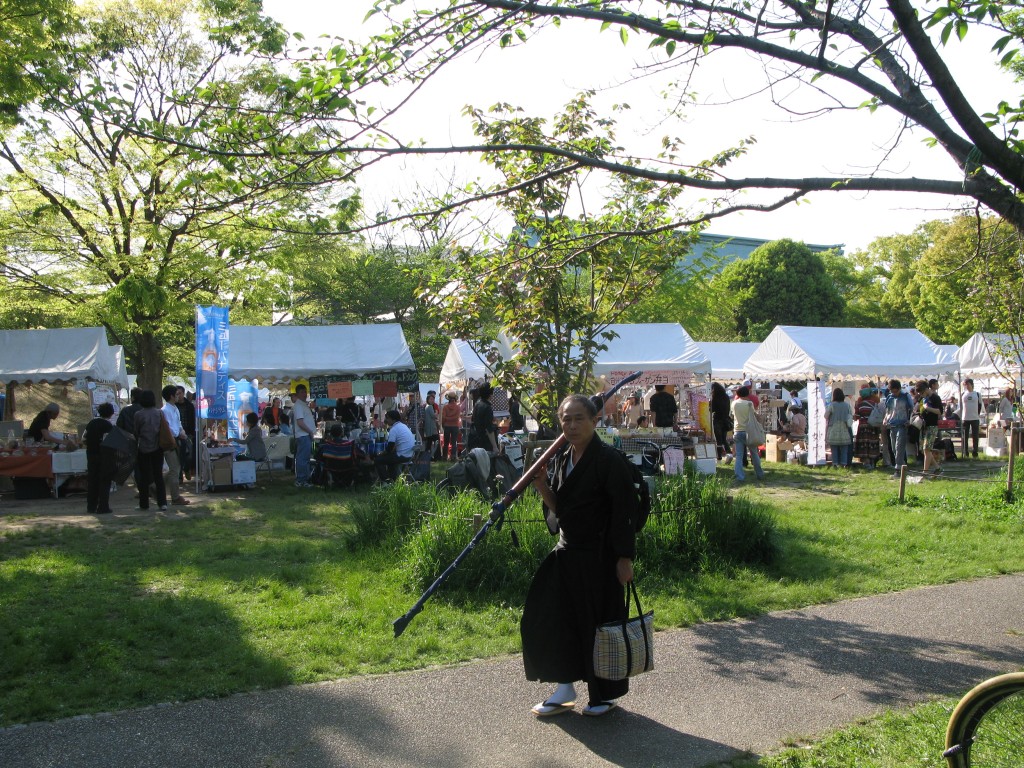 Now obviously, the big thing at this kind of event is the food (apparently there’s no meat in it – but it still tastes ok!), but even if you aren’t hungry, just wandering around people-watching is pretty entertaining. I saw some familiar faces – like Falafel Garden‘s Amir for example. And then there were the unfamiliar faces of these handsome brutes – the men who sell Otokomae Tofu!

Some of the booths were pretty colorful… 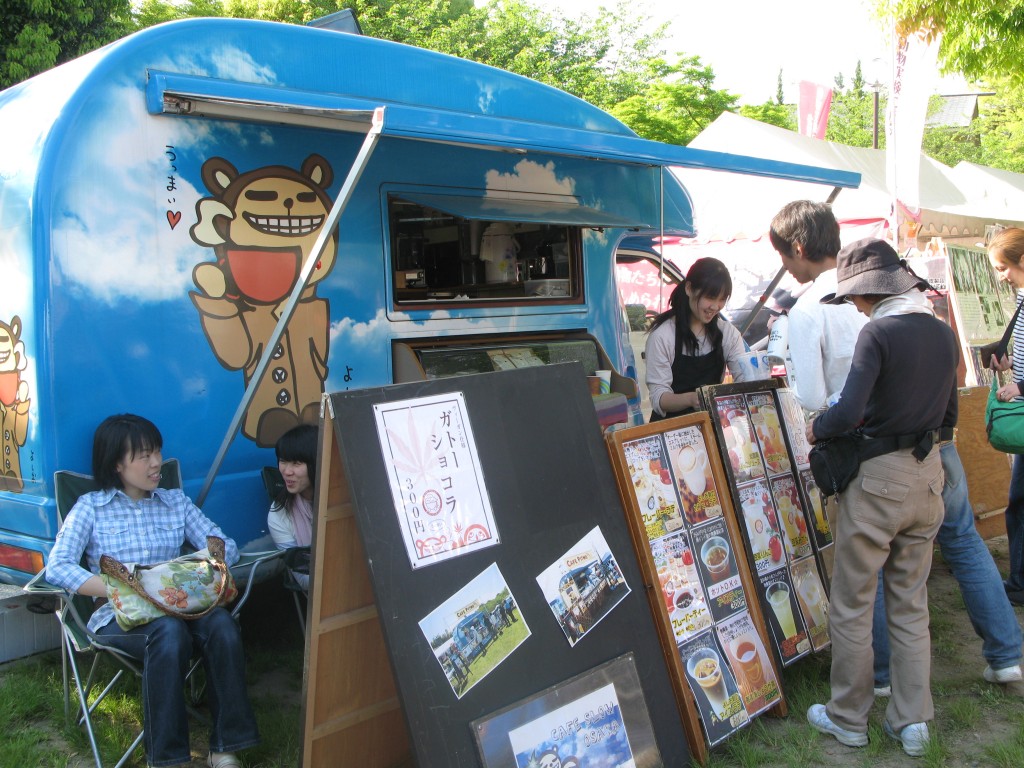 But on such a sunny day Okazaki Park is pretty colorful anyway. 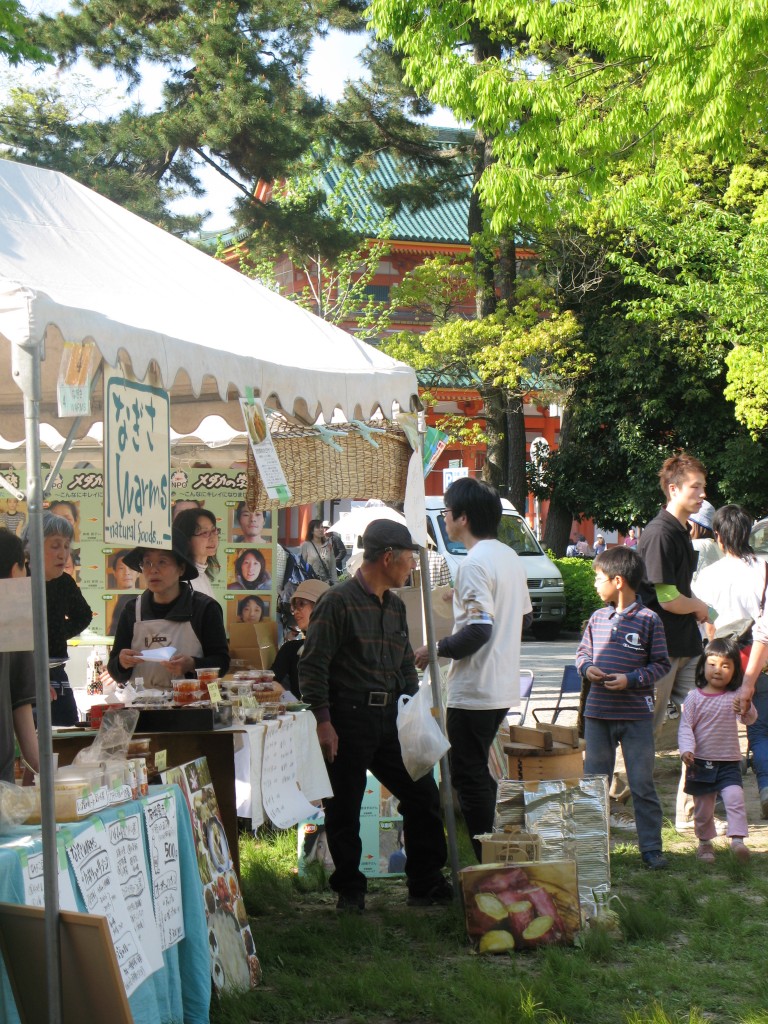 And then alongside the food stalls, there were information tents, speech-makers, movies, tasty craft beers, massage booths… and music! This is a short video of local band Mine whose music is an interesting blend of merry Celtic melodies and smooth jazz rhythms. I think they’re pretty good.

Today was Kyoto’s first Vegan Earth Day Festival but was organized by the exact same folk who have organized the Vegetarian Peace Festival every autumn for the last seven years. Though the message emphasized is slightly different, the only real difference is the weather. It really was a perfect day for it today (so much more fun than eating veggie burgers in the rain). I raise my cup of Harvest Moon Orange beer in salute! Here’s to a happy green and peaceful Earth and long may both events continue!