For the last 3 years or so I have been joining the Hailstone Haiku Circle on their annual autumn hike. Always good outings, in previous years we have gone further afield to Mount Daisen in Tottori, and Tateyama in Toyama, but this year’s hike was closer to home： along the Lakeside Way (湖ノ辺の道 Uminobe-no-michi), in Northern Shiga. These are haiku composition hikes, so we take notes as we walk and at the end of the day exchange our poems over dinner and drinks. Before that though, a 14 kilometer trek along Lake Yogo, up Mount Shizugatake and along the range before climbing up and down Mount Yamamoto. Many thanks to Richard Donovan who organized this year’s excursion, and who has posted an account with the group’s haiku on the Hailstone site . Here I shall post my own photos of the day including some Ricoh Theta spherical images. If you click on those spherical images you can view a fully immersive 360 degree photograph. 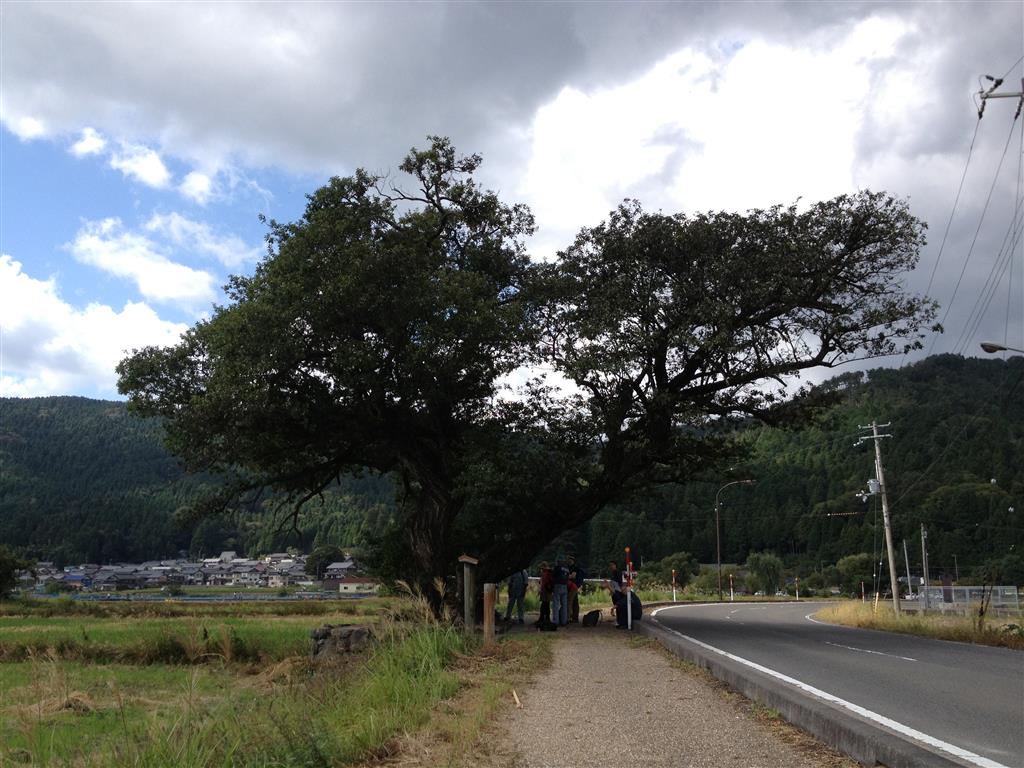 The tree pictured above is said to be 天女の衣掛柳 – the willow upon which a heavenly maiden hung her robe. According to the story a passing fisherman seeing the beautiful maiden swimming in Lake Yogo, hid the robe from her, thus preventing her return to heaven. He then took her home with him and kept her as his wife. Years later one of her children found the robe and returned it to her, whereupon she instantly flew back to heaven leaving her husband and children devastated without her… 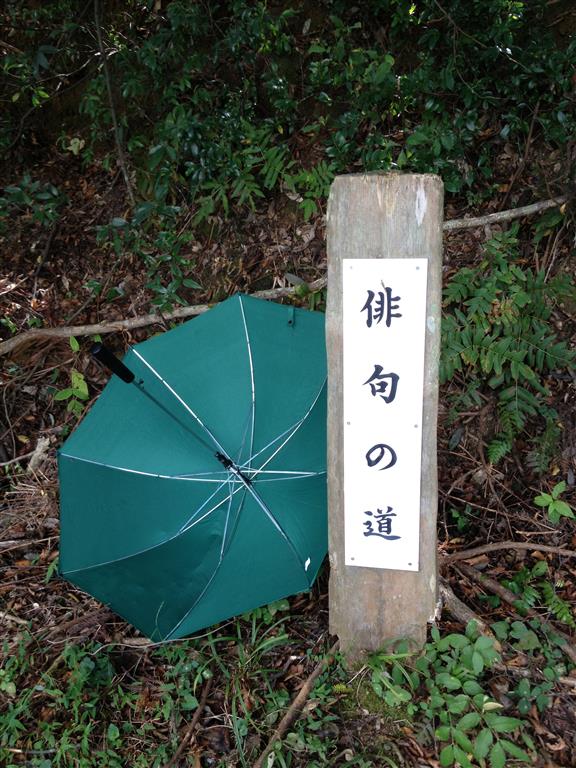 A marker states that this is 俳句の道 – haiku no michi – the haiku way! We were on the right track! Here we gathered for our first group photograph. 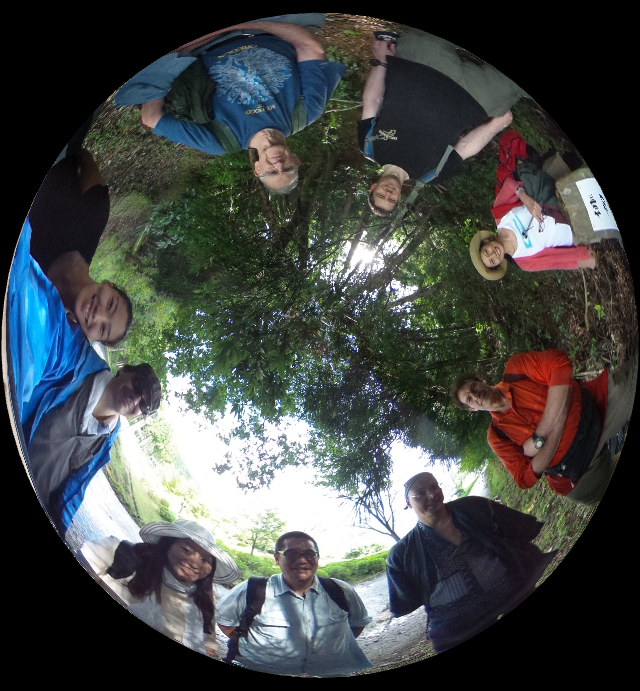 After a steady climb of roughly 300m we reached the top of Mt. Shizugatake and were greeted with this glorious view of Lake Biwa. 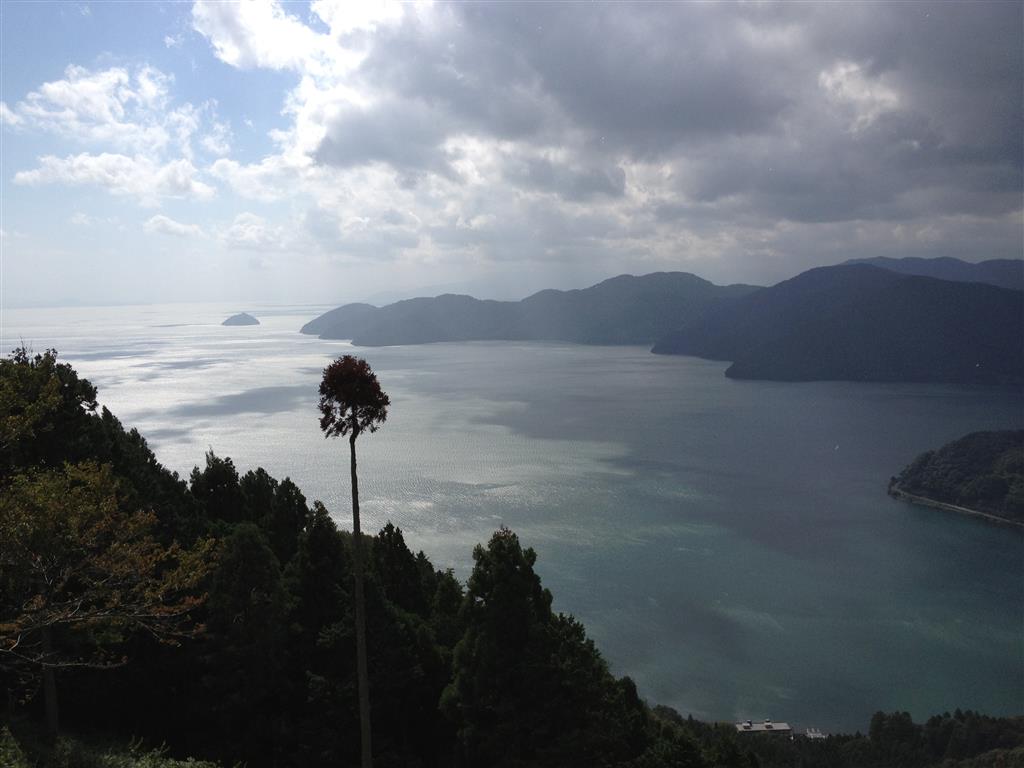 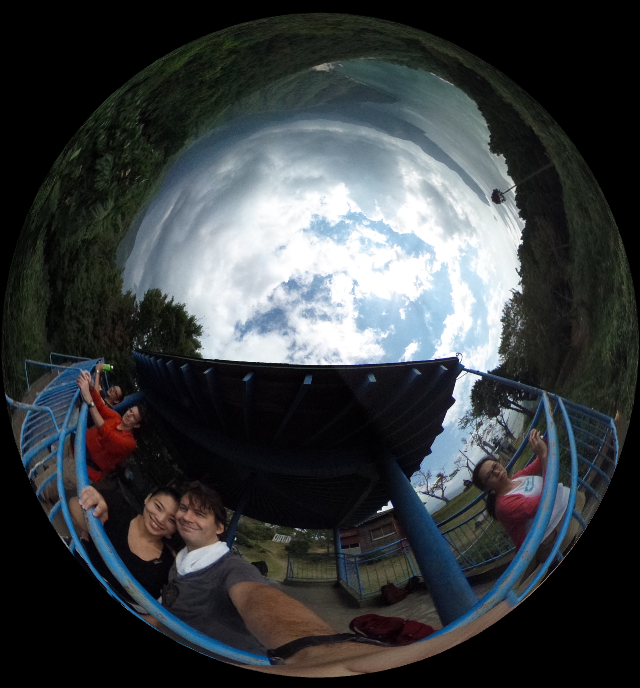 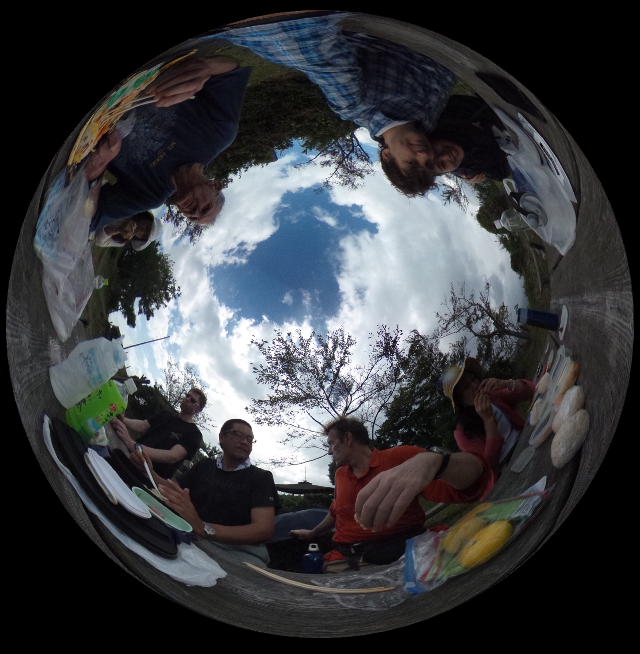 After lunch we checked out the view over Lake Yogo too. 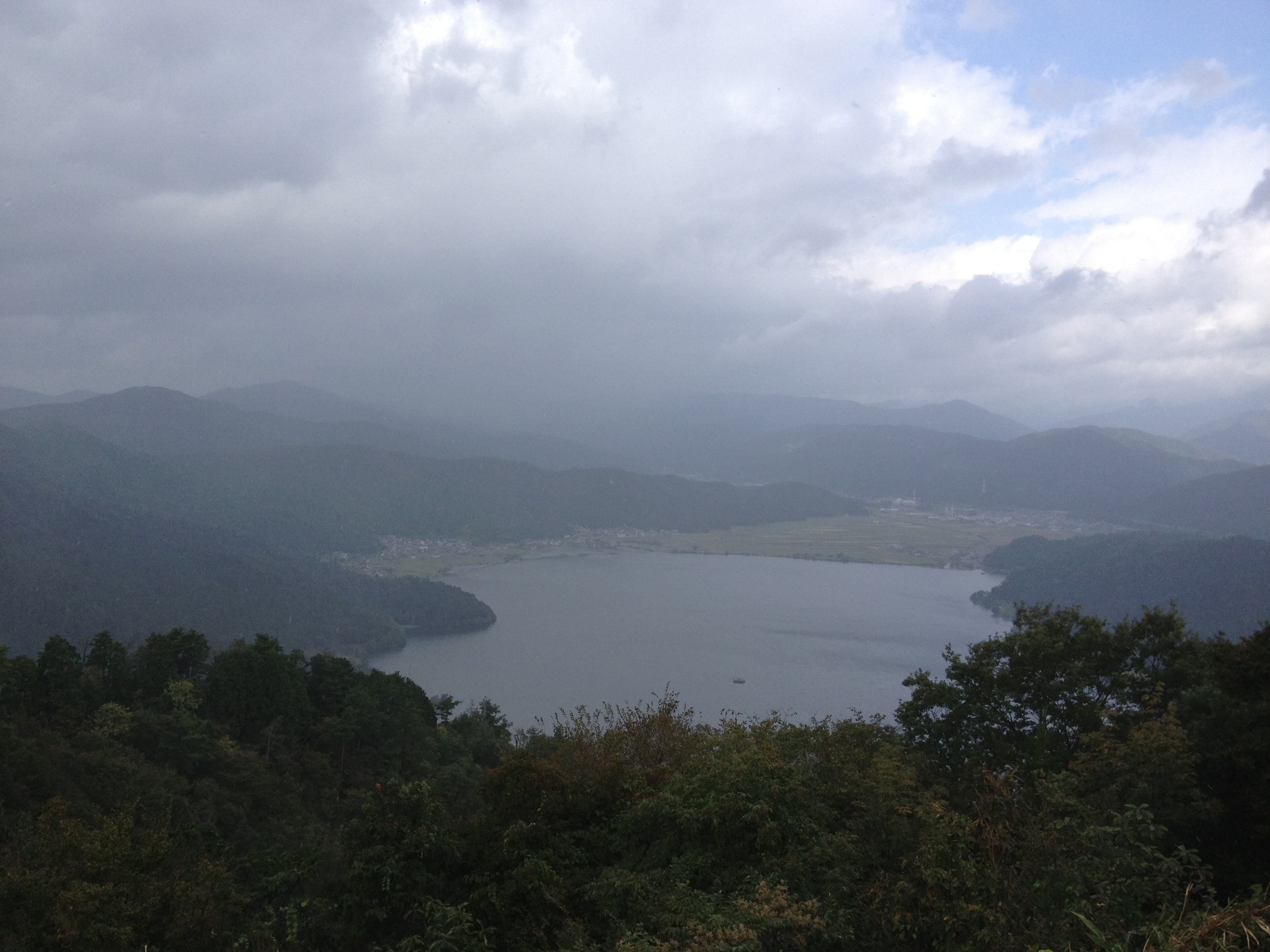 Wet and windy at the top. 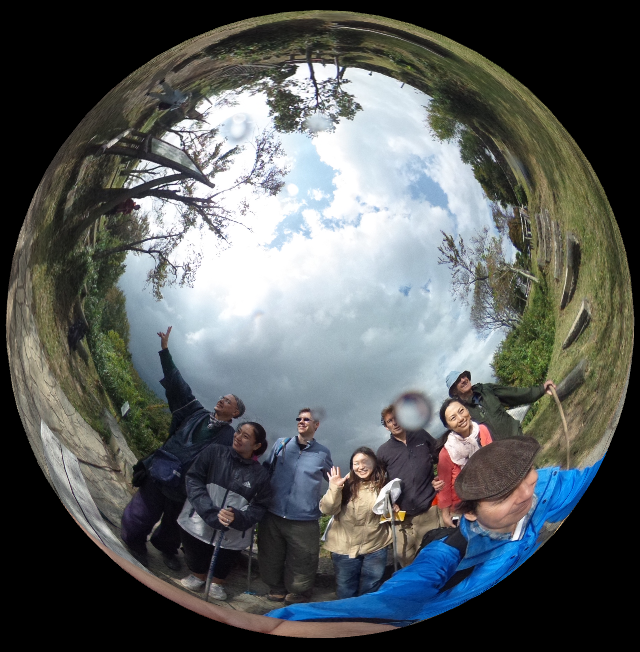 Shizugatake was the scene of a bloody battle in 1583 between the armies of Toyotomi Hideyoshi and Oda Nobutaka. Hideyoshi’s seven generals in the battle earned great fame when ordered at a decisive moment to charge the enemy. Later they came to be known as the shichi-hon yari or “Seven Spears” of Shizugatake. 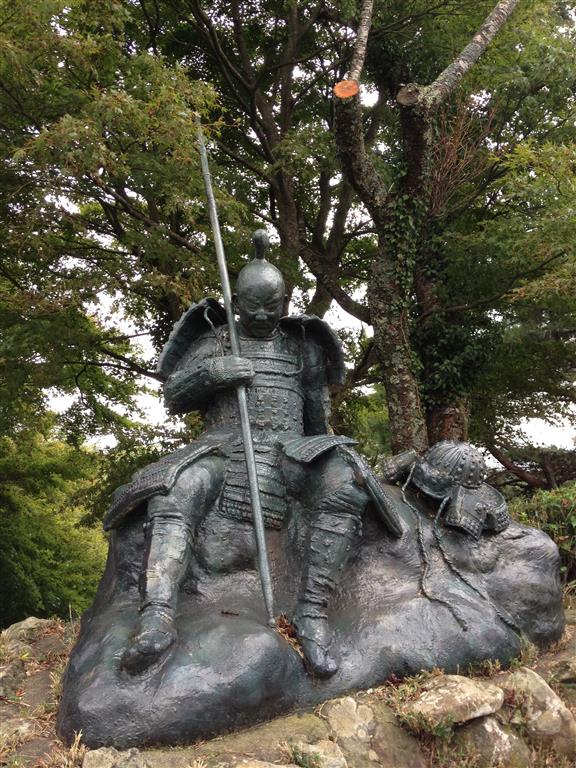 Here we are before the beautiful rainbow stretching over Lake Yogo, that inspired Miu’s poem.

And then we continued our hike! 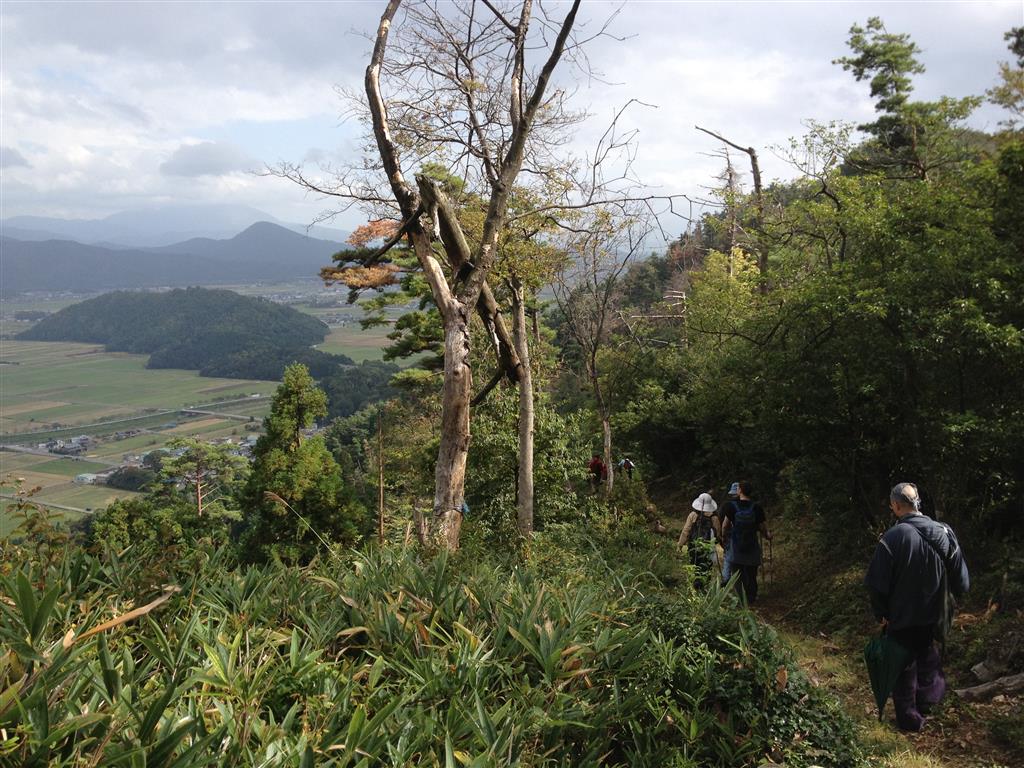 A break in the trees. 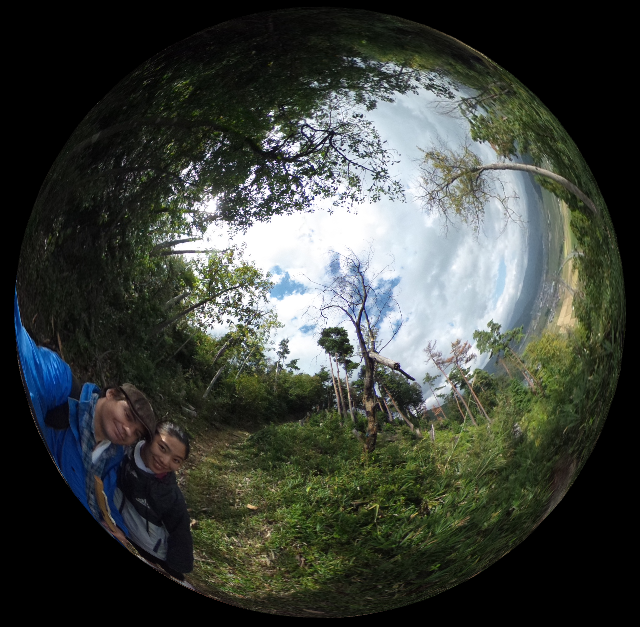 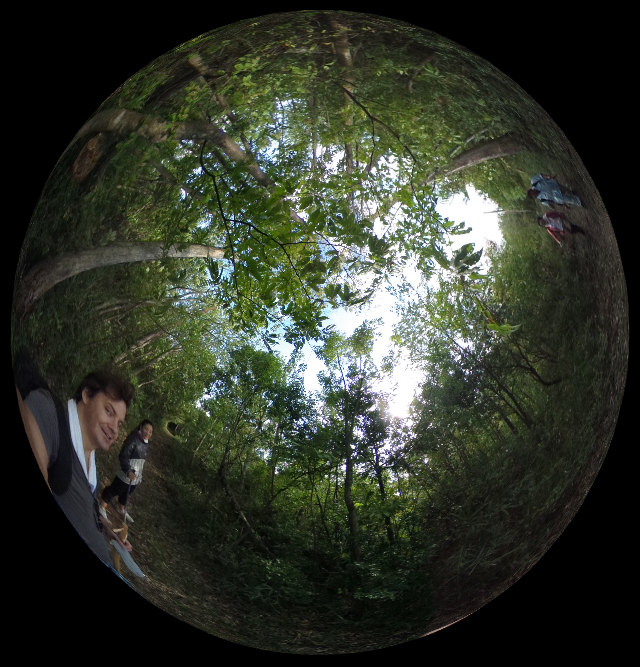 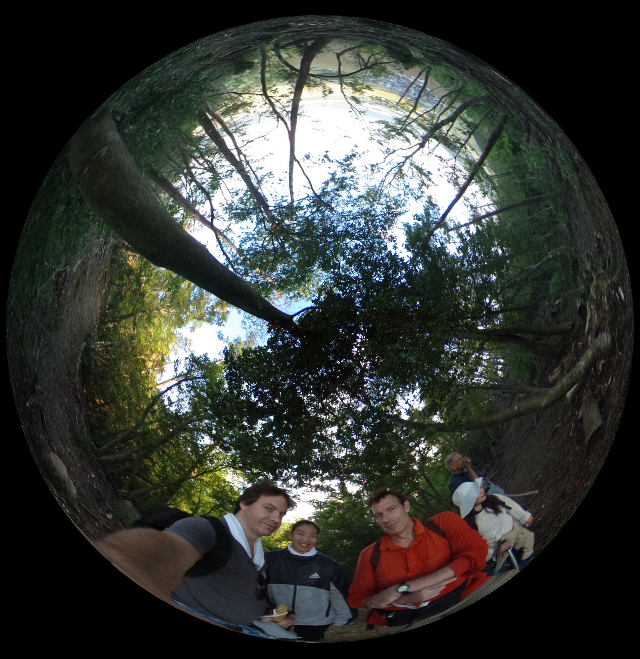 And finally at the top of Mount Yamamoto a gorgeous view of Lake Biwa drenched in golden evening light. 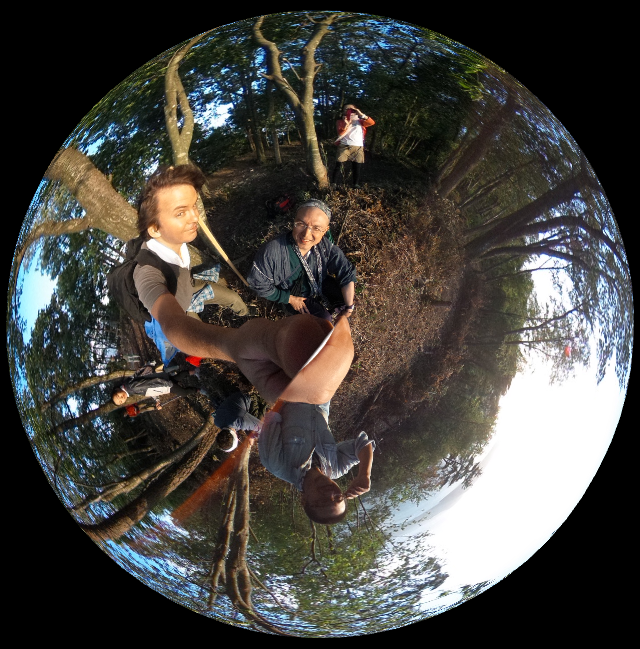 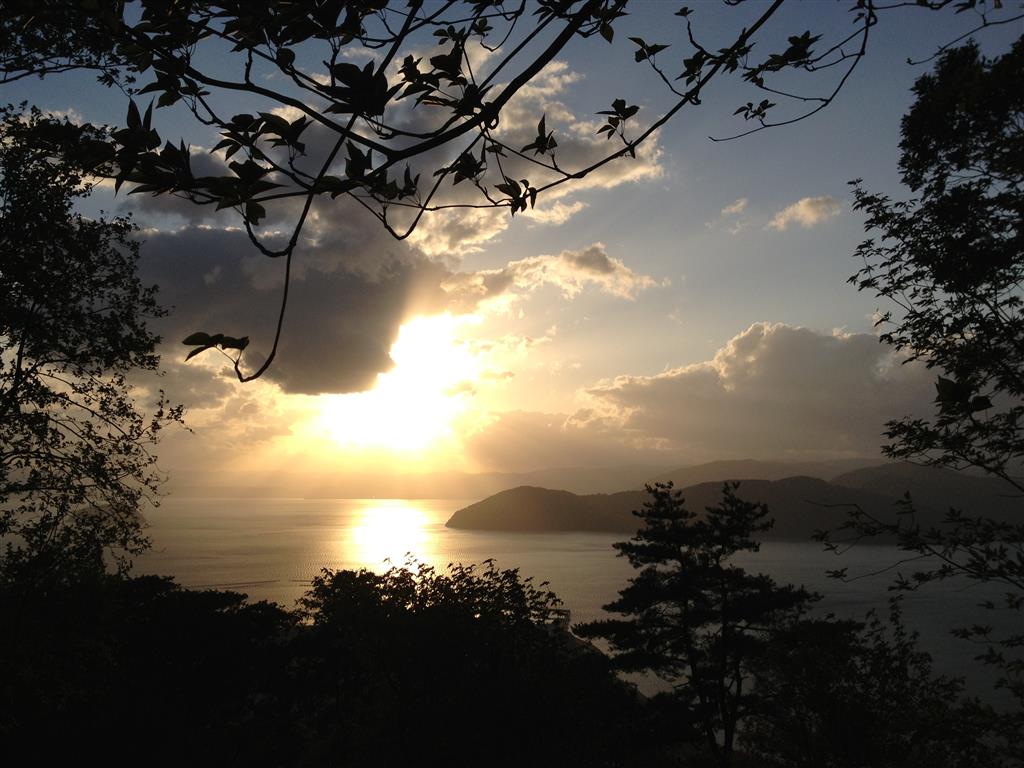