Though there are quite a large number of vegetarian establishments in Kyoto, most of them are located in the north of the city, and the few there are in the city center tend to sell nothing that isn’t healthy and nutritious. Good vegan junk food is pretty hard to come by. There used to be a branch of Speakeasy on Shijo that did a passable veggie burger, but that closed down back in 2010. Since then our vegan brethren have been denied the delights of fast and convenient processed treats at a convenient location and forced to endure a steady diet of tofu and wholegrain rice. No more! Vegan cafe Matsuontoko is here to save the day, slap bang in the center of town, with a fine array of vegan fake-meats! 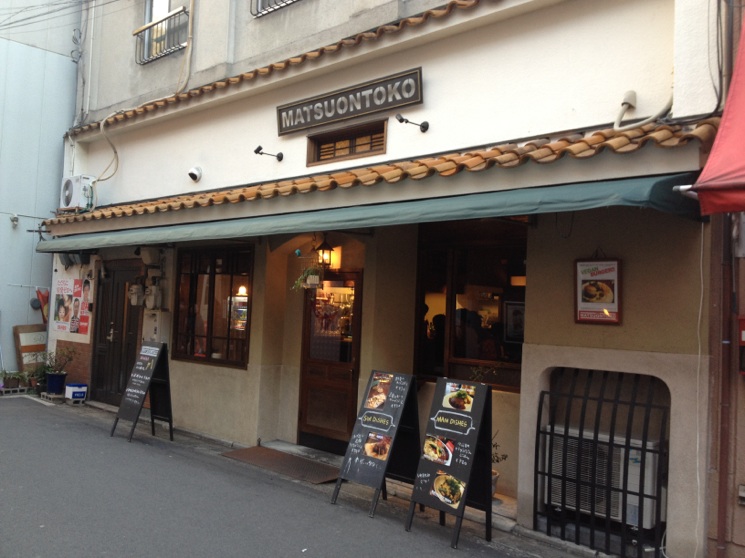 So convincing are these fake-meats that one of Mewby’s friends was half-way through her “kara-age” before she realised it wasn’t chicken at all. And that was only because Mewby told her. 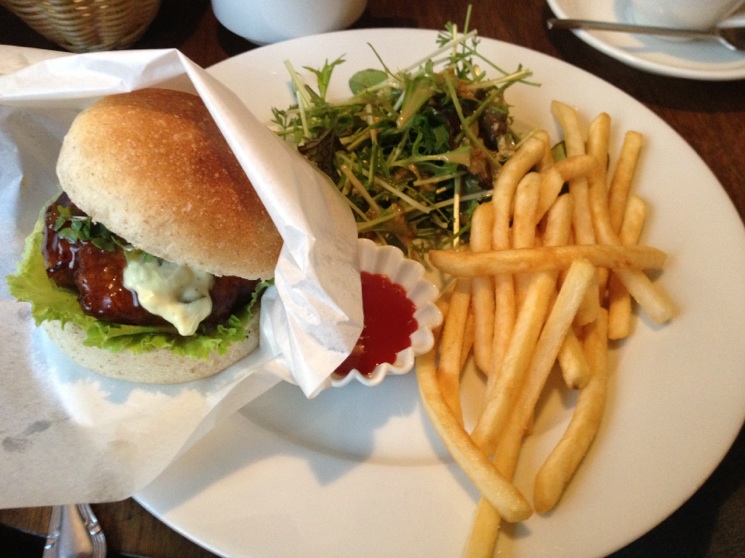 How good was it? Very good. The bread was actually really nice too. I was entirely satisfied. But I decided to pig out on onion rings anyway. They were nice sweet onions and non too greasy. 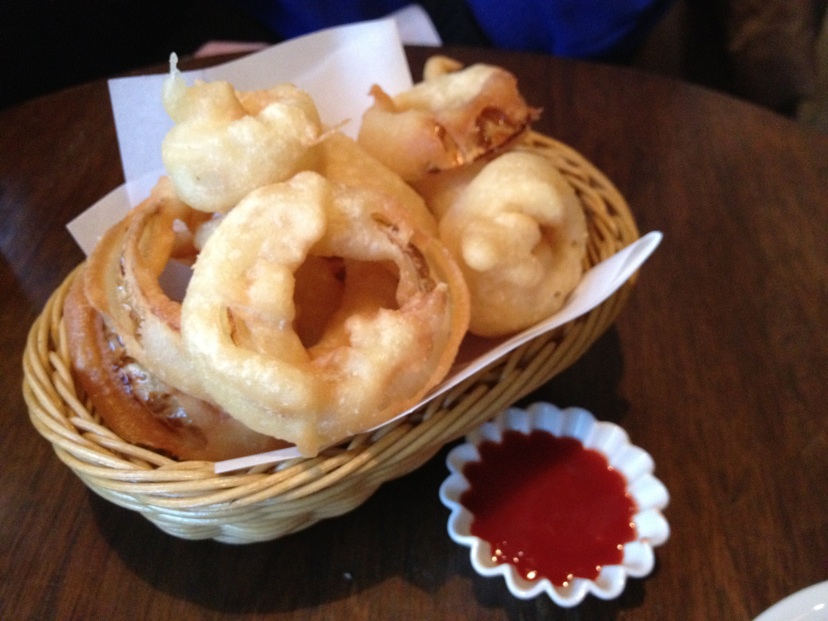 And for a mere two hundred yen extra you get a lovely little cup of tofu ice-cream, cream and vegan brownies. 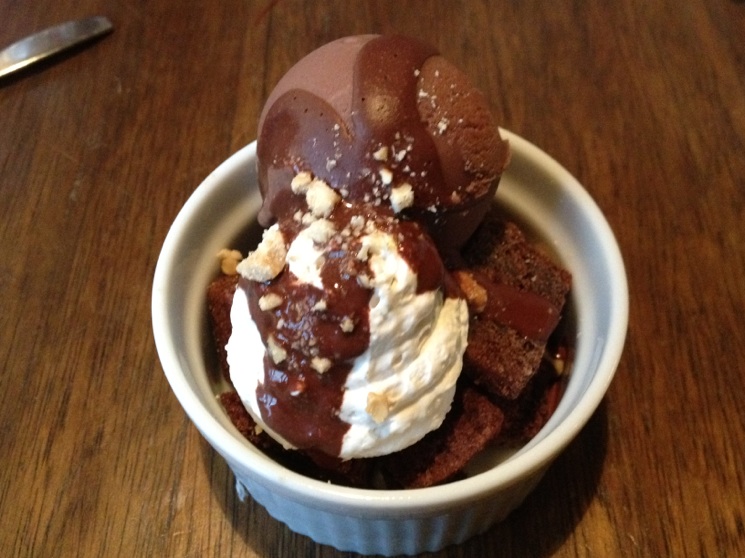 In short, whether you are vegan or no, if have a hankering for fast food at a reasonable price, Matsuontoko is the place to go.

Lovers of vegan burgers may also be interested in: Morpho Cafe