I wanted to do something special for Christmas Eve and my friend Andrew suggested getting an onsen hotel room in Ogoto. Once infamous as the soapland capital of Kansai, Ogoto has been working hard over the years to create an alternative image as a family spa resort. You can get reasonably priced rooms there, with gorgeous views over Lake Biwa. And as it is only a twenty minute train ride from Kyoto, Andrew said, I’d be able to use the money saved on travel expenses to splash out on a really nice room. So off I went to JTB and booked the best/most expensive hotel I could find; the Kyo-Oumi.  Our room was on the tenth floor! 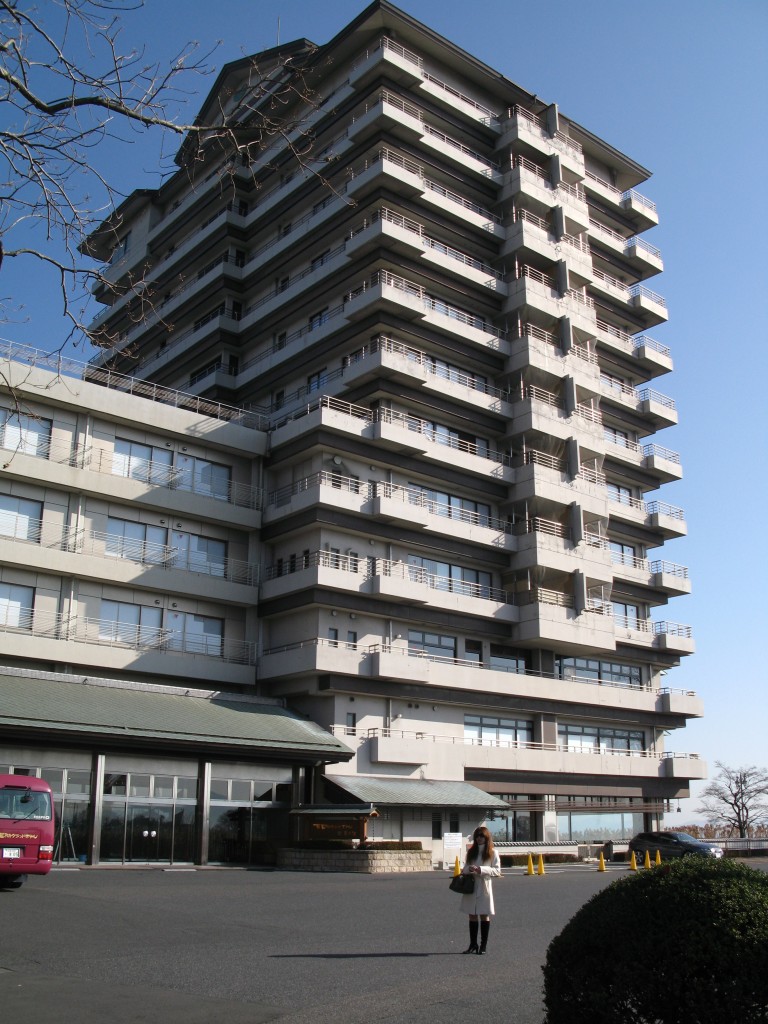 All of the hotels I looked at had rooms with their own private rotenburo style outdoor baths attached. However the Kyo-Oumi had the distinct advantage of being right on the water’s edge which means you get views like this at night: 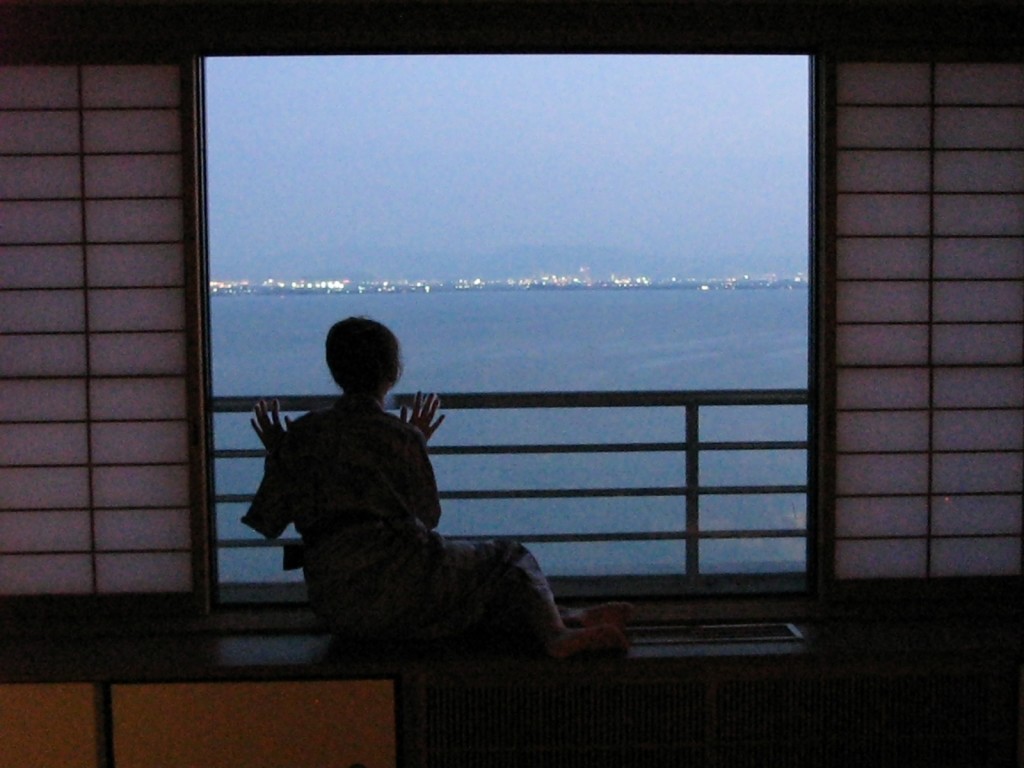 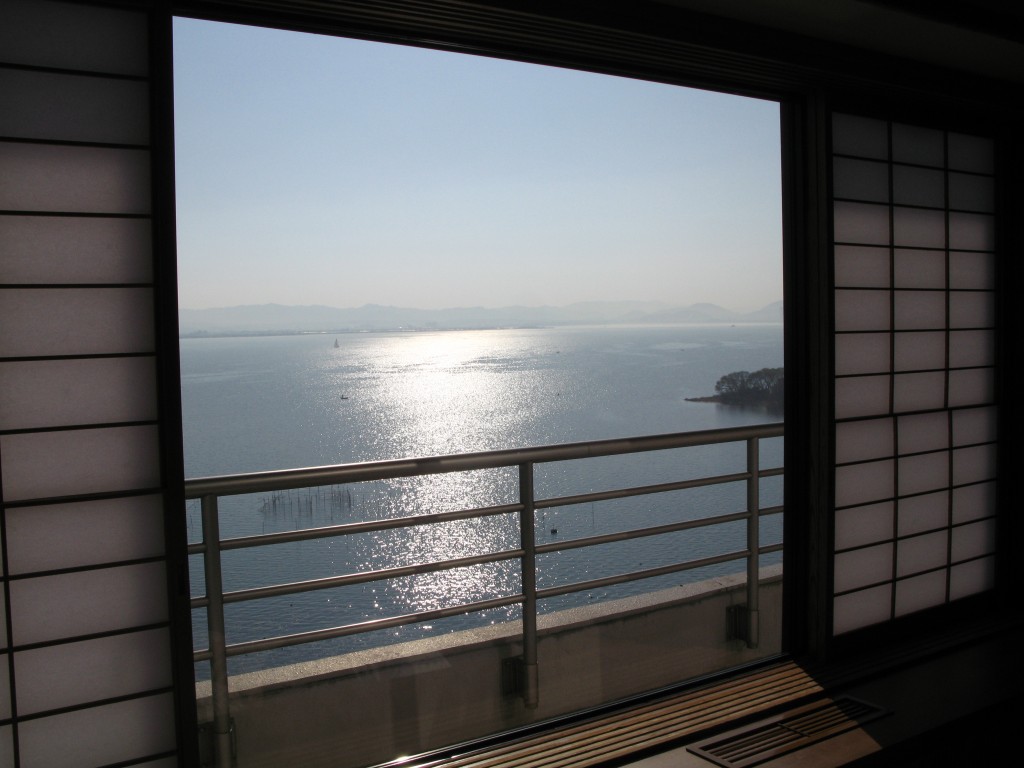 This was the balcony rotenburo: 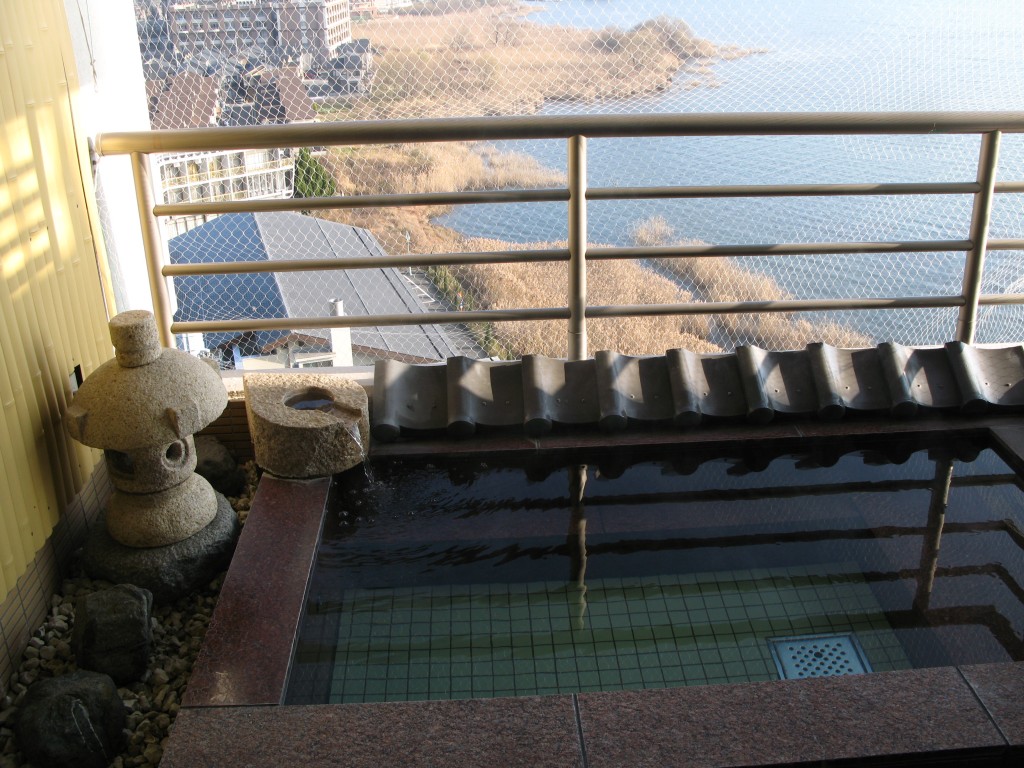 And this was dinner  – part one: 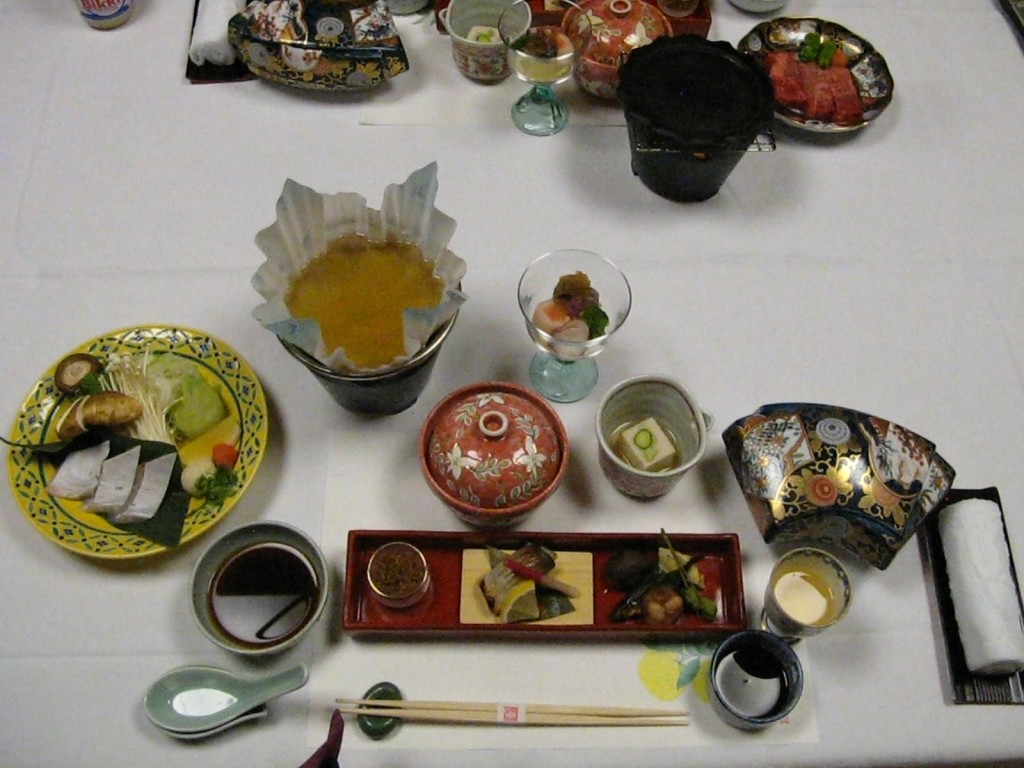 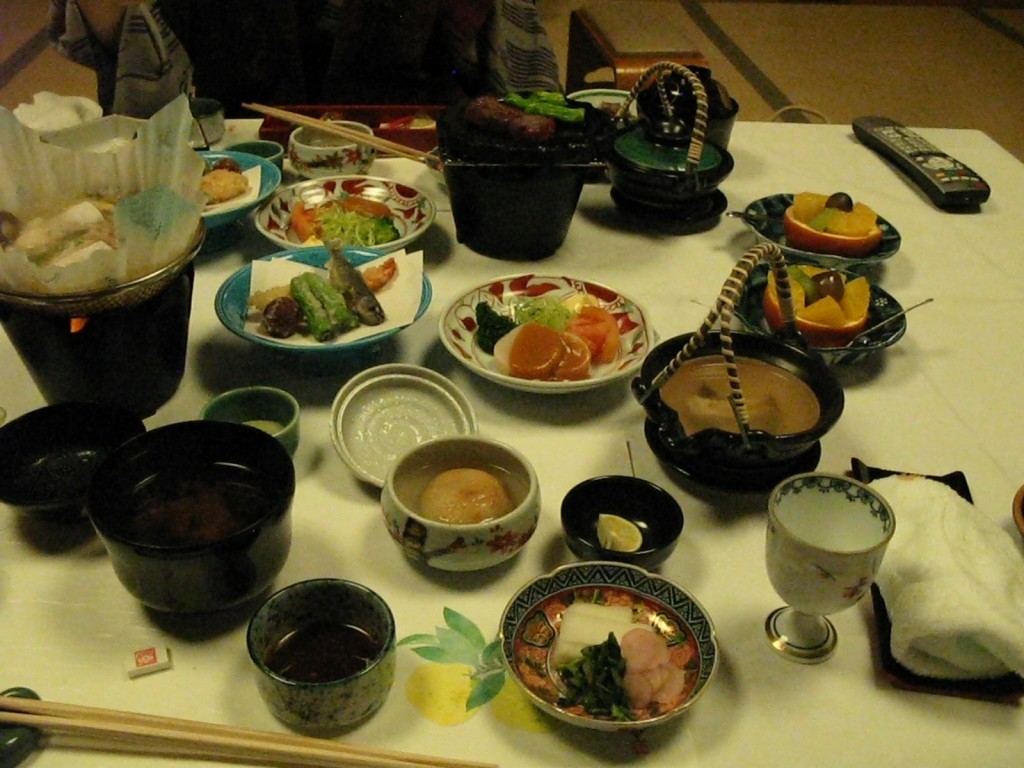 Shiga is of course famous for it’s beef. 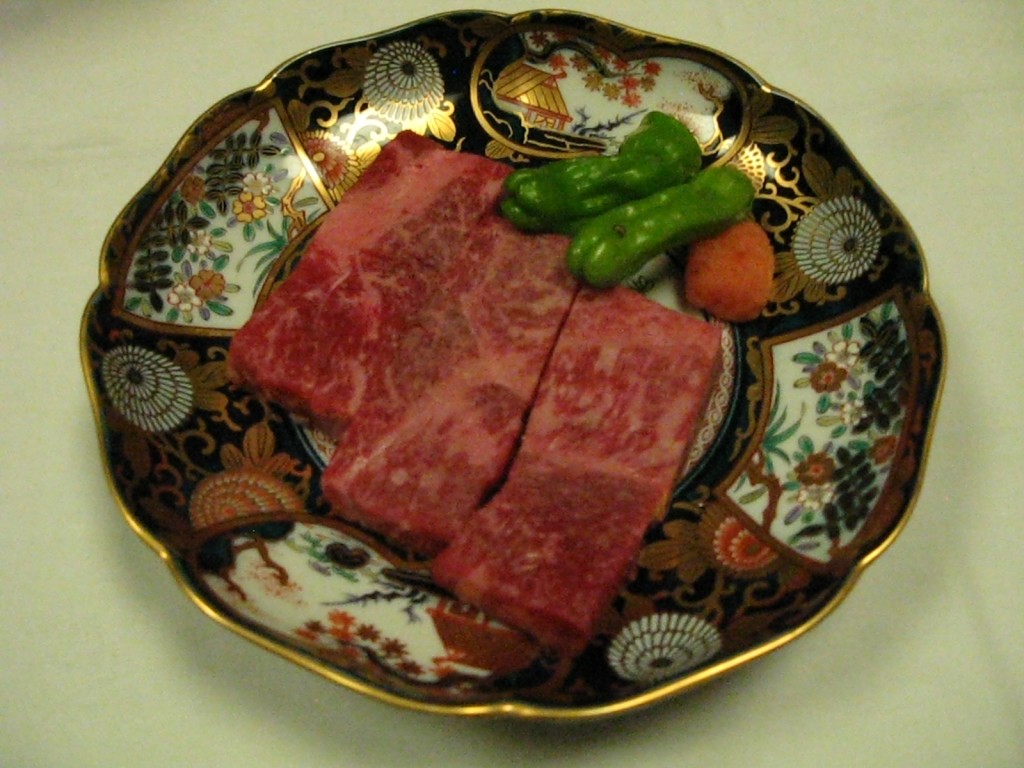 Cooked in it’s own juices. 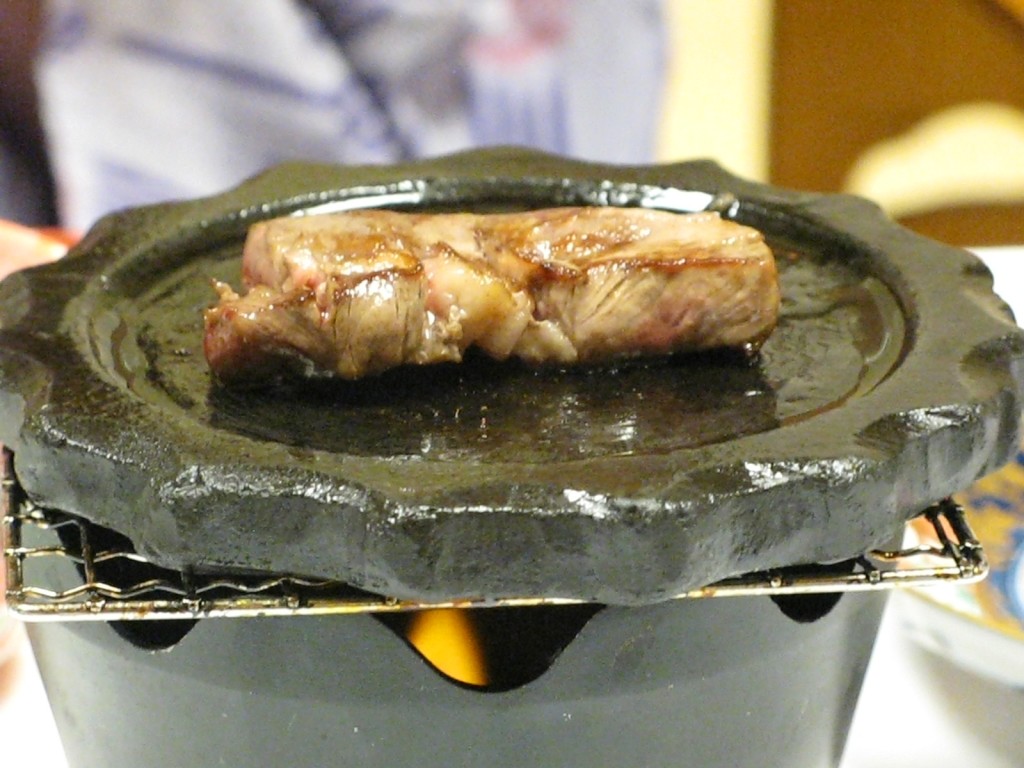 I’m not big on slaughtered cow though, and settled for kue nabe (a kind of fish hot pot). 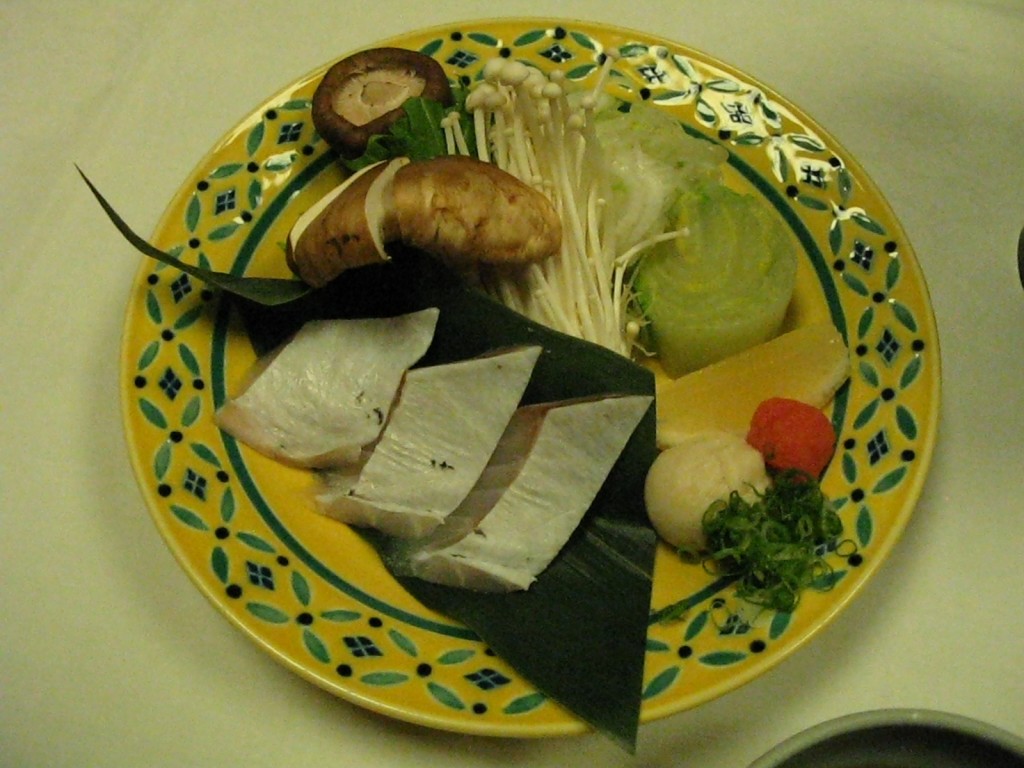 Our rooms were immense, the food was great and plentiful and the rotenburo was cosy. However, the hotel’s karaoke box at 5,000 yen an hour was a total rip-off. You can though, if you are in a group of four or more, get a room with karaoke attached. Our rooms cost 25,000 per person (dinner and breakfast included), but other hotels in Ogoto (further removed from the Lake) are cheaper and of course prices vary according to the season. Anyway, it was a fun thing to do just the one time, but I might go further afield next year…