Maintain an attitude that tries to build great temples from ordinary greens, that expounds the buddhadharma through the most trivial activity, handle even a single leaf of a green in such a way that it manifests the body of the Buddha. This in turn allows the Buddha to manifest through the leaf.

Two and a half decades ago, I would have read the above, and dismissed it out of hand. Buddhist transubstantiation? Temples made of lettuce! Bah humbug! I would have snorted. Not anymore. When the missus announced the other day “If a person is unhappy inside, you’ll taste it in their food”, I just nodded in silent agreement. Reverence. Awareness. Cooking as meditation. Sounds good to me. And I reckon if Dōgen had lit out for Venice Beach, he’d have made a killing.

Whilst you’re in Kyoto, you should push the boat out once and eat at one of the great restaurants. Sakurada is one of the best. Here’s a tip. Reserve a table for lunch. It’s the same with all the ryōtei, you still get the fabulous cuisine they serve in the evenings, just at a third of the price.

Head up Karasuma, across the busy Karasuma-Shijō crossing, until you reach Nishikikōji-dōri and turn right. Head past the Christian off-license advertising ‘Wine for Mass’ and Trappist Butter, and where the proprietors never, ever smile. If you’re hungry but the budget doesn’t stretch to Sakurada, try Eitarō, the noodle shop underneath Irish Pub Field. Their yuzu ramen with Japanese citron is excellent, especially on a cold winter’s day when the aromatic fruit are at their freshest. Or you can just wait till you hit the market. We’re nearly there now.

As you enter Nishiki from the Western entrance, notice the fabulous paintings of cockerels by the market’s most famous son, Itō Jakuchū who ran his father’s grocery, Masuya, before becoming one of the Edo period’s most celebrated artists. Jakuchū’s ‘Colourful Realm of Living Beings’ is a masterful collection of paintings of the very highest level, and it always puzzles me that he hasn’t achieved the fame in the West accorded to the likes of Utamaro and Hiroshige. I’d put him up there with the Old Masters. Not bad for a grocer’s lad from Kyoto.

Known nationwide as Kyō no Daidokoro, ‘Kyoto’s Kitchen’, the Nishiki market has existed here since the 17th century. Back in the day, the market specialized in footwear for samurai, and was known as Gusoku-no-kōji, ‘army footwear alley’, but the locals abbreviated it to Kuso-no-kōji, the rather less flattering ‘shit alley’. Its current name – Silk Brocade Street – was bestowed upon it by Emperor Go-Reizai, in 1054, and the market has been pandering to Imperial appetites, and basking in the approval of the upper class and the wealthy, ever since. And rightly so. Nishiki rocks.

The market is in fact a long, narrow, covered arcade, the 130 or so stores facing each other across a paved walkway of ishidatami ‘stone mats’. As you enter Nishiki from Takakura-dōri the smell of charcoal and roasting shellfish draws you immediately to a perennial favourite, Daiyasu.

‘Daiyasu-san’, the old man hauling oysters from a crate, greets me with a warm smile. “This foreigner knows his Japanese food, all right” he tells two young Japanese tourists. They look more bemused than impressed. The phrase Daiyasu-san uses is washoku no tsu, washoku meaning Japanese cuisine, and tsu a cross between gourmet and expert, but not at all snotty unless you use it of yourself. I wish we had a word like that in English. I can’t stand the self-congratulatory element of ‘foodie’, and ’maven’ sounds like a witch. ‘Gourmet’ too posh. I reply with sono koto nai, the diffident denial expected on such occasions, but secretly I feel pretty chuffed.

Those of us long enough in the tooth remember when Daiyasu was just a regular, unassuming fishmonger. Now it’s turned into a fish shop-cum-izakaya, the in-place to eat fresh magaki oysters from Toba, Mie Prefecture, oasari giant venus clams from Aichi, fresh hotate scallops and sazae turbo. The latter are cooked in the tsuboyaki style, ie roasted in the shell directly over a flame. Watch out for their super bitter wata intestines and reproductive organs, the Japanese gourmet’s delight and very much an acquired taste. As a good friend succinctly put it, “Like a shit bomb going off in your mouth”. When I reported this to another mate, he replied “Well actually, in gastropods, the anus is located on the head”. For once, I didn’t know what to say.

At Daiyasu I usually content myself with Toba’s finest, and a cold beer. “Shellfish are the prime cause of the decline of morals and the adaptation of an extravagant lifestyle” harrumphed Pliny the Elder, clearly not a fan. Jonathan Swift deemed oysters cruel and uncharitable. Not these, they are superb.

About Deep Kyoto: Walks
Deep Kyoto: Walks is an independently produced anthology of meditative strolls, rambles, hikes and ambles around Japan’s ancient capital. All of the writers and artists involved in this project have lived and worked in Kyoto for many years and know it intimately. The book is in part a literary tribute to the city that they love and in part a tribute to the art of walking for its own sake. It is available as an e-book or paperback from Amazon.com and Amazon.co.jp. 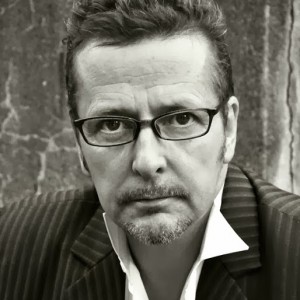 About John Ashburne
John writes on Japan, and in particular on its Food Culture, for a host of publications including the Wall Street Journal, Forbes, the Japan Times, etc. He has lived in Japan for 27 years, and calls Kyoto home. His hobby is extracting ‘dashi’ from a variety of seaweeds, fishes and certain mystical mushrooms that you’ll only find growing half way up a mountain in Gunma.