This is the third in an occasional series of profiles of Kyoto-based photographers. Each photographer chooses five of their favorite pictures from around Kyoto and tells us a little about what those pictures mean to them. Previously, we have featured Kyoto Journal‘s founder editor John Einarsen and associate editor Stewart Wachs. This time it’s the turn of KJ’s managing editor Ken Rodgers. Ken says…

Being invited to follow two superbly accomplished photographers, John Einarsen and Stewart Wachs, is quite a challenge. (Thanks, Michael!) Untrained in the darkroom arts, I hardly envisage myself as even a hobby shutterbug — but somehow, since starting to upload digital photos to iPhoto in 2005, I have accumulated over 16,000 images. Occasionally I get lucky, and fluke a shot that’s focused in the right places and reasonably composed (cropping sometimes helps…) 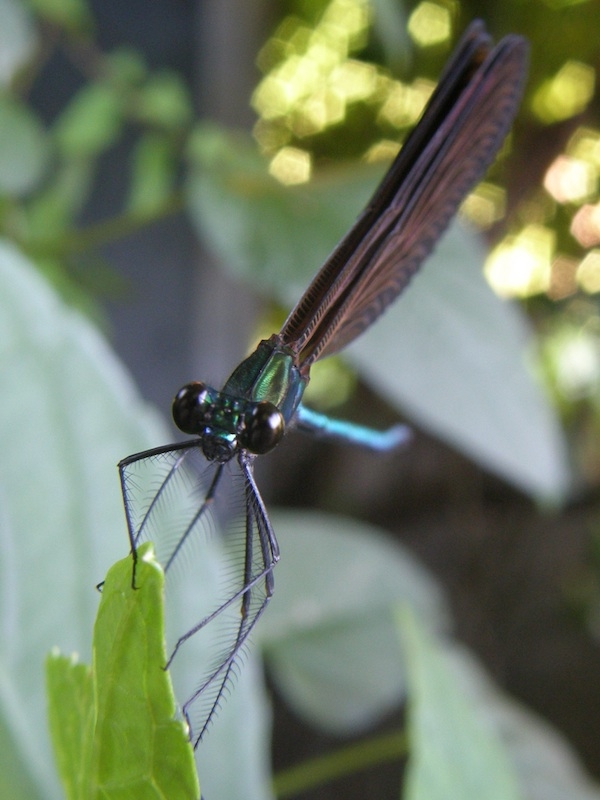 I mostly take photos in my vegetable patch, next to my house in Iwakura (northern Kyoto), or in neighboring ricefields. Most gardeners abhor insects; I tend to think of my garden as a useful way of attracting a wide variety of them, providing habitat that is becoming rarer these days as the miniscule yards of new suburban homes are more commonly paved over for car parking. My patch contains a vibrant community: multiple species of butterflies, dragonflies, delicate damselflies (demoiselles), spiders, moths, wasps, bees, and beetles. Plus emergent cicadas, patient mantises, swift beekillers, songster crickets and katydids — and other residents and visitors: frogs, newts, many species of birds, bats, tanuki, itachi, an occasional snake, monkeys. 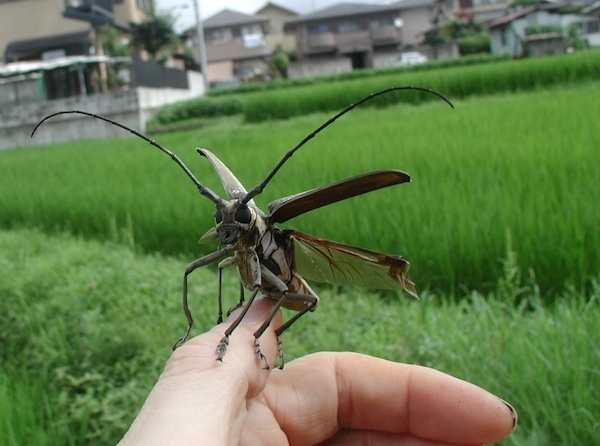 My camera, usually switched to macro, is fine tool for seeing from an insect’s point of view. Even more useful than a “mushi-megane,” (magnifying-glass, direct translation: “insect spectacles”) it provides a magic window into their much vaster world — as described in “My Neighbors” (KJ #68) — often allowing me to see things later that I never noticed through the viewfinder. 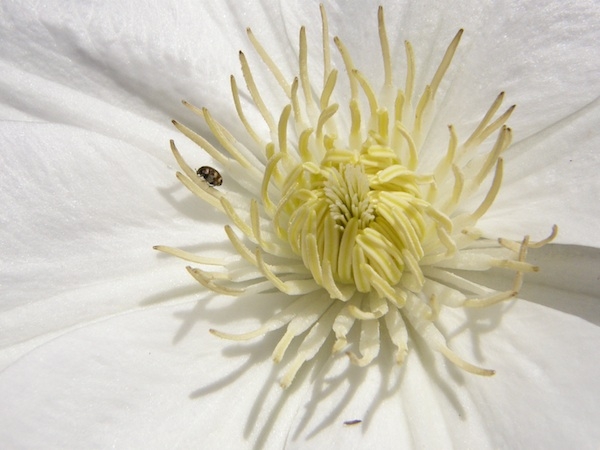 Through summer and fall each year, I get to know particular dragonflies and spiders by their favorite vantage-points, individual mama-mantises by their camouflage markings — and some butterflies, identifiable by their slashed and scratched wings, that have survived ambushes among the basil flowers by those same practically invisible mantises…

They get to know me too, as a kind of annoyingly persistent veggie-patch paparazzi… 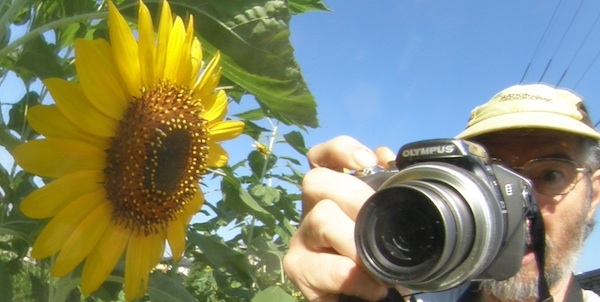 Ken Rodgers, a former printmaker, TV film editing assistant, commercial screenprinter (Johannesburg, 1973), state library worker, mental hospital ward aide, and classified hard-rock mine long-hole driller, arrived in Kyoto from Tasmania in 1982 on a working holiday visa. Explored temple gardens for a year, stayed on, never left. Has been facilitating international student exchange at Kyoto Seika University for 22 years. Helped found Kyoto Journal in 1986 (has been managing editor since 1993), and from 1986 to 2000 emceed the unique local open mike event and meeting-point “Kyoto Connection” a monthly smorgasbord of music, poetry, comedy and dance (featured in its earliest form in the opening pages of Pico Iyer’s Kyoto novel, The Lady and The Monk

You can preview the contents at the following links: one, two, three, and four, or read a review at Ten Thousand Things. The next issue on Biodiversity is due out in the autumn.